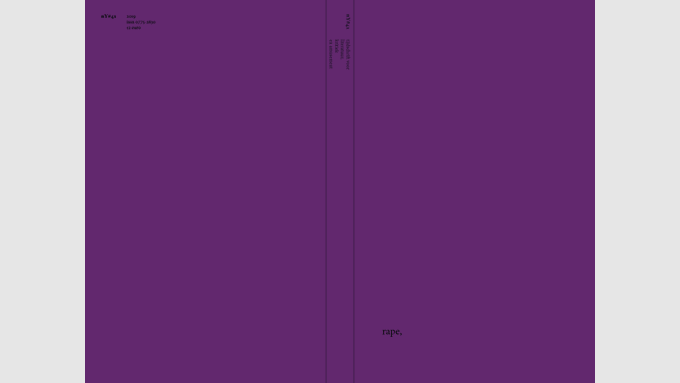 nY41 is a collaborative issue of nY-magazine on sexual violence, entitled rape enters the scene. poets, writers, activists and artists have done the hard work of engaging in this pressing but often exhausting topic. we slowly shifted from exploring, providing facts and ways of coping, to articulating means of resistance and fighting back. contributions have taken on many forms, ranging from poetry to political and personal essays that concern the intersections of sexual violence and racism, animal and climate exploitation. there is a list of do’s and don’ts in case a friend has been sexually assaulted, and there are useful facts for when you’re considering alerting the police. there is a quick guide to kick punches.